To Whom It May Concern

I apologize, you are not probably the one I'm looking for. Especially, if you are male.

I wanted to believe, that lack of deep understanding doesn't matter. That two people could find a harmony if they just want it enough. Incomprehension is not evil, and no one can be blamed because of it.

Already in junior high I decided that I will never be poor. I began to build my thinking skills and knowledge by creating my epistemology, developing my life philosophy and studying neuropsychology combined with metacognitive skills. I wanted to be fluent in English in order to set myself free from the prison surrounded by language barriers.

I refursed to be a prisoner of Finnish language if I wanted to develop as fast as possible in all areas of my life. It was also clear, that it is quite unlikely that all that I wanted to most would be located in small area withing the Northernmost corner of the world.

I wanted to find someone by my side, who does with me something that would be impossible for the most. At least impossible to those, who are not ready to pay the price. Who would love someone like me? Who would love me, instead of imaginary fantasy that I would never be able to be? I heard that I can be anything, so I decided to become me. Is there anyone who can accept me being me?

My soul is alone. My body and mind was all the time in contact with people, mut my soul was understood by pretty much no one. I don't usually even try to explain my choices, and there are only a few who understand what the hell I'm doing and why.

My parents have always supported me in anything I do and learned to accept all those unordinary choices, because they have seen that I know what I'm doing. But I have seen that accepting is not enough from someone who I want to share it all. Everything. It has always been me with my thoughts and ideas alone in the world. Being lonely together.

Many, who would like to understand, can't do it. It doesn't mean they are bad or worse. Who can't understand, just isn't compatible. Not all beautiful puzzle pieces are meant to be together. Not everyone is interested in abstract, economy, technology and dynamic effects which leads to not understanding those areas of interest. Which leads to inability to develop the vision together. That's why I often need to settle for acceptance and wishing good luck.

People capable of understanding me are mostly my brothers Jan, Kim and Samuel. In entrepreneur circles there are a few, such as Markus, Joona, Aaro, Otto, Wintom and Jaana. Maybe because of this they are also my good friends. This is the reason why keeping business and friends separate sounds like an absurd idea to me.

On my journey finding my soulmate I have spent hundreds of hours to arguing and wrangling – me, who is peaceful and difficult to fight with. My friends know it. I am usually the one who is often advised to be less conciliatory. My openness and will to see good in people has often been misunderstood which has opened the gates for undeserved jealousy.

But I believe in freedom. What would be more beautiful than two people being able to choose from dozens of people willing to choose each other from day to day? To me, it is the most noble kind of love.Jealousy has never brought anything good to my life. No one can win anything by being jealous. Who would like to be chained in prison? When prisoner gets out, it will never come back. And who wants to be forced to love? Giving is more rewarding than getting robbed.

I haven't used all my life to build better world and freedom only for myself. Neither is this chapter written for me. I wrote this chapter to whom it may concern.

Previous
No Human No Cry
Next
Teaming Up with Flesh 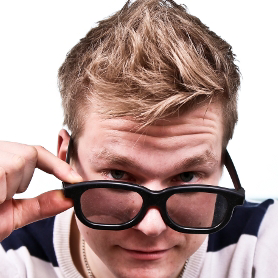